Find your next home on the Boise Bench

(Scroll to the bottom for Boise Bench listings)

If you’re not a local Boisean, you might scratch your head if you hear someone refer to their home or neighborhood “on the Bench.” So named because of its step or bench-like elevation (one of three topographic “benches” in Boise), the Boise Bench is located in the center of Boise, south of and overlooking Downtown. It continues all the way up to the Flying Y (one of the largest freeway interchanges in Idaho).

The Boise Bench is an attractive place to live for several reasons: Its centrality, the eclectic vibe and the potential for some spectacular views of the valley. Consequently you can find some great deals on old fixer-uppers while paying upwards of a million dollars a few blocks away. Home shoppers find homes built in the very late 1800's and early 1900's to new construction--and every era in between.

A brief history of the Bench

According to the Idaho Statesman , “There was no water [on the Boise Bench] until the Ridenbaugh Canal began to supply the area in the late 1800s…The Bench changed from dry sagebrush land to an agrarian landscape of orchards, farms, dairies and homesteads. There was a reason behind the naming of Orchard Street. By 1912, nearly 165,000 acres had been claimed from the desert and were now capable of producing a variety of crops — apples, prunes, peaches, cherries, asparagus and hay. Some of those products were shipped across the country, and even to Europe. Some of the first home sites sat on 5-acre plots. It was rural, but it was growing."

Though it seems hard to believe now, the Bench wasn't even considered Boise proper--even after the beautiful Boise Depot was completed in 1925. When the roads were paved (you would have seen street cars too!), things changed.

"[The Bench] started to develop as one of the city’s early suburbs. It was not like the elitist urban neighborhoods of Warm Springs, East Boise or Harrison Boulevard, but it was a pleasant commute with large, comfortable lots. From the beginning, it was generally platted with elbow room and large yards in mind, something not found in the North End, for example. There was an upper middle class feel to much of the Bench area that would attract many of the city’s movers and shakers of the time.

The 1930's and ’40's would see an explosion of population growth here...By the 1950's, nearly half the population was living south of the river in an idyllic post-war suburbia. Americana Boulevard was also built in the ’50's, allowing another route to the Bench...Vista Village, reportedly the nation’s first strip mall, was built in 1949. It included a movie theater and an A&W Drive-In." 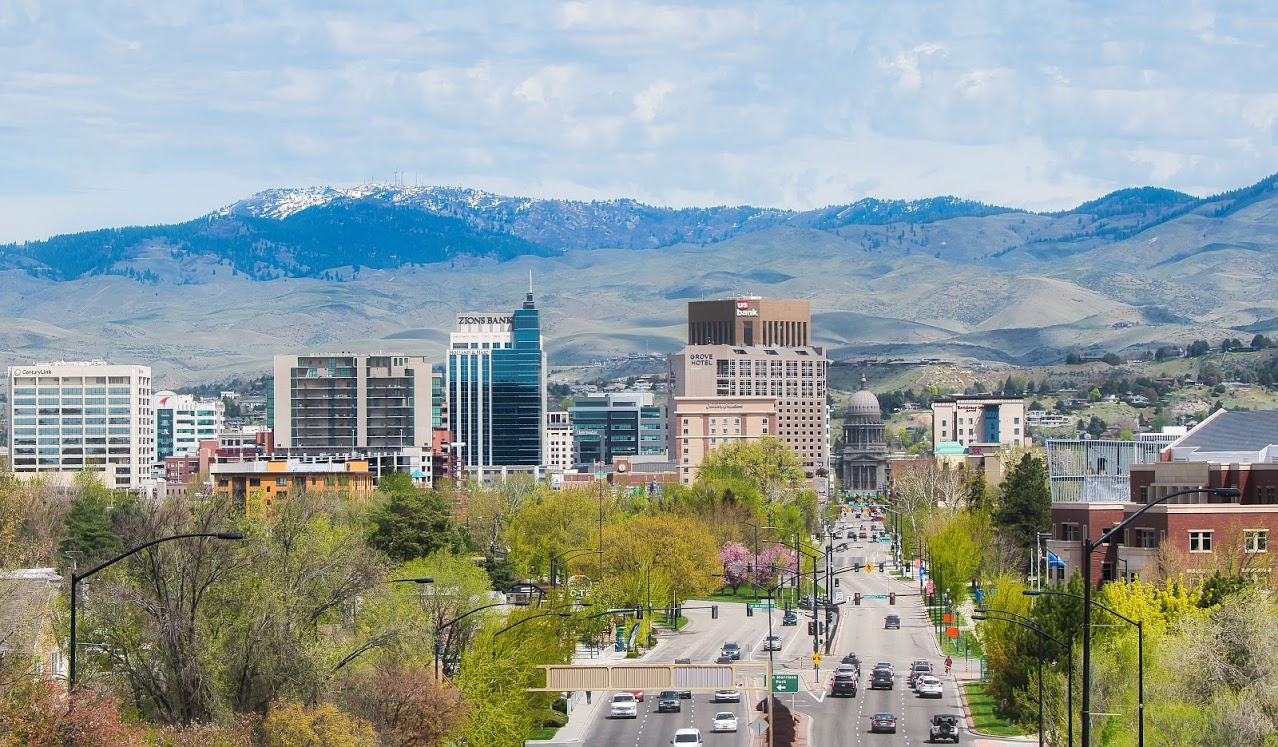 Most of those beautiful homes are still standing as is Vista Village. Condos, town homes and starter homes are plentiful now too.

The Boise Bench has become an increasingly popular place to live for buyers looking for more character or who opt for a more central location (shopping is in walking distance just about anywhere you live on the Bench). It has frequently been referred to as "the other North End."

Whatever you are looking for, there is a good chance that the Bench has something to offer.

Newest Listings on the Boise Bench

Live the Boise life in this beautifully updated cottage home on the Bench! This charming home is part of the established and historic Grand View Park subdivision - Nestle...

Located less than half of a mile from Kathryn Albertson Park and Ann Morrison Park, this mid-century modern home features a completely remodeled house and an expansive ya...

Enjoy this well-cared for single-level, 2 bedroom, 2 bath, townhome in a maintenance free park-like setting at Owyhee Terrace. This gem is located on the Bench, across fr...

This unique split level has 3 full bathrooms and huge back yard with room for a garden and a green house on the property. The second living area in basement can duel as a...

Location location location! This Boise charmer has been fully redone top to bottom and is ready to move right in! From the gorgeous deck to the beautifully crafted kitche...

A 2019 custom built home with a 2 car garage on the bench! Gently lived in, additional parking up to six spaces total! priced right for latest change in the housing marke...

Information courtesy of Intermountain Multiple Listing Service. Information provided by IMLS is deemed reliable but not guaranteed. IDX information is provided exclusively for consumers' personal, non‐commercial use, it may not be used for any purpose other than to identify prospective properties consumers may be interested in purchasing. IMLS does not assume any liability for missing or inaccurate data. All listings provided by IMLS are marked with the official IMLS IDX icon.

Click here to search all listings or by area (below)

Already have the KW app? Tap "My Agent" and search for me to connect with me directly.