Treefort is Coming to Town Again! Here’s What You Should Know

It’s almost that time of year again: time to listen to some great music and partake in your favorite activities at Treefort! This year will be another record year for Treefort Music Fest with more top bands and “forts” than ever before. Everyone had a blast last year and we’re gearing up again to join our fellow Boiseians in all of the music, food, and festivities. Here’s a quick rundown of some of the highlights of this year’s epic Treefort. 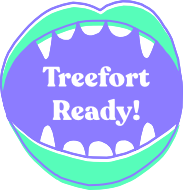 What Killer Bands Are Performing?

This year’s lineup is even more jam packed than ever before. From 137 bands in 2011 to over 440 bands in 2020, the Treefort Music Fest is quickly rising to the levels of other popular festivals like Coachella or Bonnaroo. It makes a perfect amount of sense because we love music here in Boise, so why not make our town a must see stop along the yearly tour route?

This year’s lineup is hotter than ever with sizzling top tier acts like Chromatics, Calexico, and Japanese breakfast, but with so many bands playing this year, it’s impossible to see them all. Worry not, we have a few recommendations for some diamonds in the rough that you should definitely check out this year.

Check out Prefuse 73:  AKA Guillermo Scott Herren, produced some of the most groundbreaking DJ fusion hits from the last two decades. His 2003 album One Word Extinguisher set fire to and helped define the early 2000’s club scene. His singles like The End Of Bitters - International were almost single-handedly responsible for popularizing the glitch-dance genre with a lasting impact on popular artists of today like Marshmello and DeadMau5. Bring your dancing shoes.

Check out Xiu Xiu: Pronounced “shoe shoe,” Xiu Xiu is actually not a Chinese band. It is in fact a single member band composed of a guy from California named Jamie Stewart. Anyway, Stewart is a runaway genius when it comes to ingenuity and experimental post 90’s rock and roll. His albums will challenge you as much as they will entertain you. Stewart has been known to be a stellar performer when seen live and often finds creative ways to push the envelope.

Check out Black Bolt: Punk in its purest form is alive and well today with this local crew. Their energy is raw like bloody nerve endings and they have a talented lineup full of punk powered rage that radiates off them while on stage. They are influenced and inspired by such great sub-genres like American punk, effervescent indie rock, 90's skate classics, morose post-punk, unhinged hardcore, and nasty garage punk. Did we mention they are local as well? You won't want to miss their set which is Thursday the 26th of March at 10PM at RamaPong.

What About Something Cool That Isn’t A Band?

Well, we have just the thing! There are so many great things to enjoy and do, but we recommend you check out the events at Foodfort, specifically the Street Eats event happening at the Alefort tent on 1109 W Main St. This event will feature street level favorites from around the world! It starts at 5PM on March 26th. Don’t miss it!