As many Idahoans have had the great pleasure to travel around the U.S. and even around the world, when we tell people where we’re from, the conversation usually goes like this:

Out of state person from big city: “Cool! I hear that Des Moines has a great county fair every year!”

Out of state person from big city: “Oh, that’s right, you guys got the potatoes! Cool!”

While it almost seems like a foregone conclusion that the state most famously known for its potatoes would have featured them prominently in its New Year’s Eve celebrations, surprisingly enough, Idaho has only been dropping spuds at midnight (officially) since 2013. So, what is the Great Idaho Potato Drop? Today, we’re looking at a brief history and going to be getting you all the info you’ll need to attend the event this year! 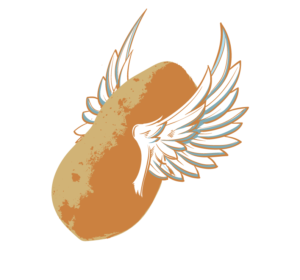 When Did It Start?

It all started on New Year’s Eve of 2013. For a brief moment, Idaho was the media darling of the New Year as we were featured far and wide for dropping a record setting giant potato from the U.S. Bank Building in downtown Boise. Dylan Cline is the CEO and founder of the event.

Where Is It Happening This Year?

The 2019 Idaho Potato Drop is happening in front of the Capitol building downtown! The Cecil D. Andrus park will be filled with awesome activities and booths for you to enjoy. It all happens in that two to three block area between Jefferson and Idaho streets.

What Types Of Events Are There This Year?

Oh boy, are there a lot of things to do this year! There will be everything from food trucks to music to frosty adult beverages all in one rocking place. There will be a family friendly tent that will be heated and will provide games and activities for kids and will feature local vendors that support charitable efforts.

On the main stage, there will be music all day long starting at 3pm and going to 12:15am. There will be rockin’ bands for all tastes in music from the local Boise School of Rock musicians to Blue Lotus and finishing with the acclaimed Cowboy Junkies.

In the center stage, there will be pro-wrestlers who will be battling it out for the esteemed Potato Belt! Make sure to bring canned food to donate to the Idaho Food Bank as they will have a donation station set up there to help Idaho families battle hunger.

And finally, there will be a huge fireworks display at midnight to ring in the new year in style! The fireworks will be popping off behind the Capitol building at midnight.

Where Can I Learn More About This Awesome Event?

You can go to the official Idaho Potato Drop website here: https://idahopotatodrop.com/ to learn all the info you will need about the event.

Have a great and fun New Year’s Eve this year!